“We’re on a mission to change the landscape of mobile DJing by providing younger people with tools to engage a crowd” – Javier Carlos, co-founder of C West Entertainment.

“This company has changed my life. I am so happy to have been a part of C West”   –Caleb Fine, DJ Entertainer 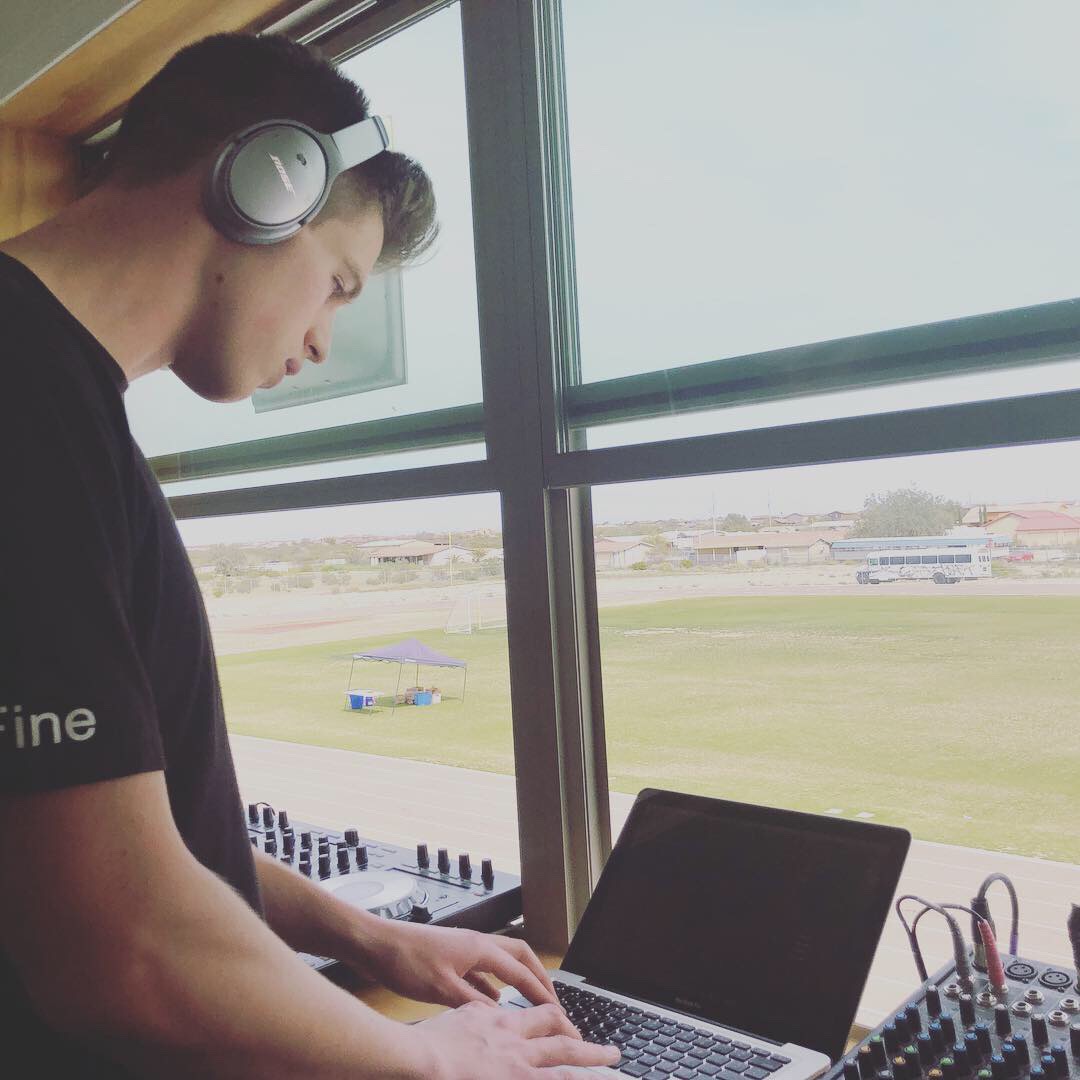 From your first phone call through to the day of your special event, our staff, DJs and polished MCs make it their goal to bring your vision to reality, and then provide just the right party atmosphere that is guaranteed to keep your guests on their feet and having an amazing time!

Javier is a founding DJ of C West Entertainment DJ Services. He is the first one you speak to on the phone and always answers with a smile on his face!

Caleb has been an integral member since 2017. He was taught by DJ Javier and now even shows him a thing or two! We’re proud to have Caleb on our team and would love to have him at your next event.

Xavier is the freshest member of the C West Entertainment family. He has been on numerous events working closely with Javier to set up and DJ. The two linked up in 2016 and had kept in close communication for a few years before eventually linking up in 2018.

Jeff attended Arizona Western College on a music scholarship for singing and performance. This was also where he got his start in Disk Jockey-ing. Some of the genres he mixed were country-western, early 80s hip-hop, indy. Even classic rock and roll!

Amelia is a new edition to our team! Her bubbly personality and fun spirit is a lot of fun. She’s even a GREAT singer!

Joey Dean is a new member to our team who adds 10 years of DJing experience to our growing company.

"DJs are the next rockstars, seriously"
- Javier to his friends, circa 2014

C West Entertainment was founded by DJ Javier Carlos in 2014. As years went on, he slowly reached out to friends and family who had a similar passion for music and entertaining. Over the years, C West Entertainment has grown into a team of dedicated individuals who want continue the growth and passion of live entertainment.

Founded by friends Javier Carlos and Eli West. In 2018, Eli hung up his headphones to live a life off the grid.  Javier and Eli still remain close friends.

Since 2018, we’ve added five talented DJs to our team. Starting with Caleb Fine and growing to this day.

C West Entertainment started with two friends. Elijah West and Javier Carlos who met while attending grade school in Buckeye, Arizona. With a group of twenty other students, they joined “Company”, an entertainment troupe at the Odyssey Institute. Here the two friends were given the opportunity to perform at Disneyland, singing and dancing along the way.

Eventually, Javier noticed that Elijah was gaining a lot of traction as the school’s go-to DJ for “fun nights” (aka dances). From the party atmosphere and leading group dances, Javier knew he wanted in.

In those days, the duo was known as DJ West/DJ Carlos. Now, with a name change, they have blossomed into a full-fledged entertainment company servicing the entire valley.

Now, the two simply enjoy each other’s friendship without the DJ component. Elijah has since stepped down from DJing – unplugging his headphones – but remains a close friend. Though without his guidance, push, and skill C West Entertainment wouldn’t be where it is today.

The future is here with new recruits like DJ Caleb Fine and DJ Xavier Trujillo. These two usher in a new era for C West Entertainment and enhance our mission to support the next generation of DJs and MCs.

(It's Arizona After all)

C West Entertainment is formally founded after Elijah suggests the name “C West”, based on a combination of the two friend’s last names. C(arlos) and West, Elijah’s last name.

Elijah and Javier meet a young Xavier at a “Welcome to 6th Grade Event”. Something about Xavier screamed potential. Elijah famously says that Xavier will one day take the company by storm with his knowledge of music.

Then, Javier approaches his close friend, Caleb, to join the team, adding the first new DJ since C West Entertainment opened. In the Summer, Elijah departs from DJing, but remains a strong member of our team, behind the scenes.

Now, with the help of Jeff and Lupe, C West Entertainment has grown to five DJs. The team consistently grows with each new member.

Additionally, with the help of photographers and videographers, C West Entertainment has become much more than a DJ company. We look forward to our continued growth and momentum.