From your first phone call through to the day of your special event, our staff, DJs and polished MCs make it their goal to bring your vision to reality. So, we provide the right party atmosphere that is guaranteed to keep your guests on their feet and having an amazing time! 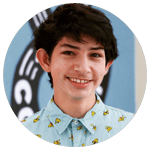 Xavier is the newest member of the C West Entertainment family. He has been on numerous events working closely with Javier to set up and DJ. The two linked up in 2016 and had kept in close communication for a few years before eventually linking up in 2018. So, Xavier’s musical journey started in fourth-grade when the opportunity to learn an instrument came. His instrument of choice was the alto saxophone and he is still playing it with 5 years of experience but this was not the only thing that drew Xavier into music. Then, in fourth-grade Xavier was introduced to PCC (the Phoenix Children’s Chorus) at first he was just auditioning there was no real expectation of getting in, but he did and with 5 years of participating he calls it the greatest second home he could ask for.

Xavier has always strived to be an entertainer, in his elementary days he found this through comedy but later through middle school, Xavier discovered plays. Xavier has participated in several plays such as Brother Grim as Simon, and into the woods as the Prince. Xavier’s DJing career all started at a sixth-grade dance for his school. He met and spoke with Javier Carlos which really got the ball rolling. It all would have never happened if Xavier didn’t show interest that night. Now, after a year of tagging along on gigs, Xavier has begun DJing his own events; making a name for himself in DJ C West Entertainment.

I am cross posting my review because Javier and Xavier really made our wedding day into something special and so much fun. We had Javier and Xavier DJ for our wedding and I can't recommend them enough. They came on a recommendation from a co-worker and u am so grateful. We didn't make it easy for them having three different places in the venue that we held consecutive events in. They did a great job of setting up and moving from space to space. Everyone has fun and they were able to get and keep people in the dance floor which was so much fun. We were told by quite a few guests that it was one of the best weddings they have been to and i definitely think our DJ had something to do with that.
PJ S.
We hired C West Entertainment for our 14-year old son’s Halloween Party. Xavier was extremely professional, skilled, and played relevant music. He had the kids on the dance floor for hours! We are very happy and will definitely be hiring C West Entertainment again.
Collette P.
More Reviews

Who is Xavier Trujillo?

Caleb Fine is a DJ for C West Entertainment in Goodyear, Arizona. He is a mobile entertainer for the Pheonix-metro area.

What is Xavier Trujillo?

Where is Xavier Trujillo?

Who is DJ Xavier Trujillo?