Well, I lied. I said that I was going to post every week and last week came and went. Honestly, I forgot. That’s it.

As I promised I will have my DJ-ing story for you in this post.

“In order to become the next Spielberg or Lucas, I had to jumpstart my path now”

It all started back in 2015. I know, that’s forever ago. For me it was. That was when I was in eighth grade. When you’re acne-faced, scared to talk to the other sex, and still faced with the dreaded high school staring you in the eyes.

But in all honesty, the reason why I started to DJ was because I was afraid. I was afraid that I would be nothing in life I didn’t try to make a name for myself. I needed to start my “Career” as soon as I could.

This all started when I was much younger when I began my film “career”. Five or so years before I had decided that I wanted to be a director, videographer or someone in charge with a camera. Then, my brother and I had created a YouTube Channel (which no, I will not hyperlink those original videos).

If you want to see a few music videos click here. (Caution Language)

If you would like to see a few short films, and what I made while I was in Film Class you can click here. There are also a few Vlogs there so you can see how I’ve progressed through high school as well.

Anyways, back when I started YouTube, I decided that in order to become the next Spielberg and Lucas I had to jumpstart my path now.

I soon decided, however, that the world didn’t need me. That I wasn’t special and no matter what we did, it would never be enough. Obviously, that was never the right mentality and I veered away from my passion forever. I still film on occasion. Even this week I will be making a few more videos with my brother and colleagues, but it’s never like it was. Instead, I focused my efforts into a new venture.

It didn’t take long to realize that my favorite artist, Calvin Harris, was living the best life:

I try my best to be just like him. Even to this day, with all the eco-friendly and environmental programs he’s a part of.

The summer of 2015 changed me forever. I began to experiment with a free version of FL Studio and produce music, and I downloaded a DJ software called Virtual DJ. Even to this day, I still use the platforms and continue my journey in music production.

Initially, I used websites like “Top 100 Songs for Events” or even “Best DJ Songs” to build my playlists. I had no idea what I was doing. Luckily, the internet was my best friend.

I believe I might even do one of these lists based on the songs I play now. That would be a treat.

It was around four months before my partner, Eli, known as DJ West, and I began to book our own events. We combed our friend’s facebooks looking for upcoming events, spoke to the admin at our school, and even had plans to make flyers in order to get our names out there.

None of it worked.

But, word of mouth worked like a charm. Our first gig was booked by a family/school friend for their sister’s 10th birthday. Needless to say, we were excited.

That gig was a great learning experience. It showed me the forthcoming hassle of setting up and the beauty of getting a crowd to sing along to their favorite tunes. Without that first true event, we would’ve never learned how great the world of DJ-ing would be.

Shout out to the Uglem family for our first event. And, that’s how we got started. I’ve got more stories of the “events” we did before this but they weren’t really events as they were Eli and I screwing around, playing music. 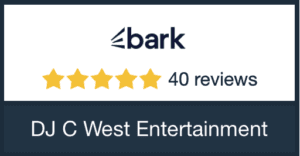 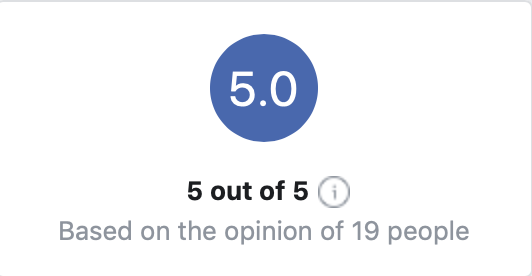 Zofia Sells
19:27 11 Dec 19
We were looking for a DJ for our corporate event that wasn't going to charge us an arm and a leg simply because it was... a corporate event. DJ C West Entertainment was the first company that popped up when I did a quick google search. After reading the great reviews I sent them a message and got one right back! These guys are quick to respond, pleasant to work with, and very affordable. Caleb, our DJ for the event, was very thorough and did a wonderful job! I HIGHLY recommend DJ C West Entertainment and DJ Caleb! Thanks guys!read more

Dylan Ivie
14:15 10 Dec 19
Javier was awesome. He adapted to our guests needs, played requests and made sure everything was going well. Great job,... time for a raise.read more

Leah Bedatsky
02:46 24 Nov 19
Javier was awesome for my wedding! He was knowledgeable about the venue, came with all the equipment and everything... went great. He took requests all night long and worked the crowd really well. Definitely recommend!read more

Colleen Paradiso
17:31 12 Nov 19
If you are in need of an amazing DJ service, this is your company. Not only were they lightening fast (on a Saturday no... less) getting back to me - they worked with me on a last minute event and made it happen. Professional and extremely friendly - their presence at my event made for an AMAZING day! We wanted to make the grand opening of our new retail store extra special and DJ C West Entertainment did not disappoint! Could not recommend them enough! Thank you for the great day!read more

Andrea Williams
21:25 09 Nov 19
Javier and Xavier take care of all of our school assembly needs. They are professional and always do a great job... accommodating all of our goofy requests!read more

PJ Siegel
10:38 04 Nov 19
We had Javier and Xavier DJ for our wedding and I can't recommend them enough. They came on a recommendation from a... co-worker and u am so grateful. We didn't make it easy for them having three different places in the venue that we held consecutive events in. They did a great job of setting up and moving from space to space. Everyone has fun and they were able to get and keep people in the dance floor which was so much fun. We were told by quite a few guests that it was one of the best weddings they have been to and i definitely think our DJ had something to do with that.read more

Kelly Cassidy
17:09 21 Oct 19
If you are looking for a professional DJ that is fun, entertaining and meets your needs than I cannot recommend DJ C... West Entertainment enough! They know how to work the crowd, getting the party going and continue going throughout the night! DJ C West has done our school dances and assemblies for the past 4 years and we hope to continue that relationship well into the future. Caleb just did our Homecoming dance and it was a great time!read more

Steph M
23:21 06 Aug 19
Have to share what a pleasure it is working with Javier Carlos! He really cares about the event you're planning, and go... that extra mile to make your vision come true! His music is always on point and he knows how to work the crowd. Love this guy! Super talented!!read more

Dallas Rogers
21:28 02 Aug 19
From weddings to dances to get-togethers, C West DJs can do it all! Always very customer-forward, C West makes the... experience of booking an event easy, simple, and fun. Guaranteed to bring the party to you, C West is the best DJ company to book for any event. Having worked alongside DJ Carlos at numerous weddings, he always is so easygoing, flexible and considerate. I, along with his clients, always have a BLAST listening to his phenomenal music.read more

Lisa Knab
00:07 31 Jul 19
We have used C West entertainment (Carlos) for several parties at our home over the past few years and have always been... very happy. From his professionalism to his communication, and of course...his music, everything has been awesome! We highly recommend and will use again!read more

Reid Gottschalk
23:41 28 Jul 19
My wife, Stephanie, and I have nothing but amazing things to say about Javier, our wedding DJ. The personal touches he... added to our wedding were felt by all of our guests. Our wedding's atmosphere was uplifted to another level. Javier made everyone feel welcome and really knew how to read a room and set the tone. He even wrote a thoughtful note and highlighted a favorite verse in the journaling Bible we used as our guest book! Thank you, Javier!read more

Macy Colaric
18:16 19 Jul 19
DJ Carlos was amazing at our wedding!! He made the night so easy and stress free, read the room perfectly for music,... and took requests as needed! I highly recommend if you’re looking for a DJ for any function!read more

Jessie
15:07 25 May 19
Javier was the best DJ I could’ve asked for! A DJ is one of the most important vendor choices for any event or... wedding, and it’s very important to find one that will create the perfect atmosphere for you. Javier did just that! He smoothly transitioned from each moment to the next on our timeline, while playing great songs throughout the whole night. And when the open dancing started, he kept the party going until the very end of the night! (This was very important to my husband and I because we love to dance.) I was not disappointed with choosing C West Entertainment in any way. Javier was so professional and kind throughout the whole night as well as leading up to my reception. He was organized and intent to get to know more about my husband and I so that he could provide the best experience for us, which he did! Javier, I cannot thank you enough! Everyone keeps telling us how much fun they had at our reception and continuously rave about you, our DJ. You are my number one recommendation to anyone in search of DJ services.read more

Michelle Wood
21:16 20 May 19
He is the best... on time, perfessional,and played all the songs we requested. Everyone loved him. My daughter had a... blast at her graduation party and I will definitely get him again for my old school party...thx you Javier ❤read more

Kyra Johnson
20:30 12 May 19
I had Javier Carlos DJ for my 16th birthday party and he was absolutely amazing! He knew how to keep the party going... and I got many compliments on how great the music was! Everyone had a great time and most everyone there danced for all three hours without a break! I highly recommend this company!read more

Billie Stockton
01:16 19 Mar 19
I want to give a massive thank you and great job. Carlos did a AMAZING job as the DJ at our daughter's sweet 16 party.... Sam and her friends danced and enjoyed the music played by Carlos. Any further events I will 100% use their services again. Not only did C West Entertainment do a amazing job with the music carlos kept in touch with me up until the event, they were on time and were very professional. THANKS for making my little girls night eventful.read more

Heather Clevenger
01:22 19 Feb 19
DJ Carlos was amazing. He kept the party going and the kids all had a great time. Highly recommend him. And his... communication was spot-on.read more
Next Reviews